The inflatable sailing dinghy Tiwal 3 wins the Best of the Best prize at the prestigious international design competition, the Red Dot Award. The young company’s innovative boat successfully came out ahead of the 4,815 submissions in the competition.

Every year, the German Red Dot Award competition recognizes the most innovative products developed by companies worldwide. In 2014, TIWAL wins the Best of The Best prize for its unrivalled design.

The young designer, Marion Excoffon specifies “My challenge was to design a sailboat that would be easily transportable and always reliable.». She drew her inspiration from the military world of stealth aircrafts: «I wanted taut forms, flexible and aggressive. I especially like the wings! They make sailing of the boat a real sport and provide comfortable seating with back support for a family outing.»

The Best of the Best prize will be presented to the French company on July 7 during a ceremony in Essen, Germany. The Tiwal 3 will then be on show for 3 years at the Red Dot Museum, which hosts more than 140,000 visitors a year.

An innovative boat, practical and efficient

The Tiwal 3’s inflatable hull and aluminium structure can be assembled and dismounted in about twenty minutes. Designed for single or double-handed sailing, this fun and versatile sailing dinghy turns out to be particularly light, favouring unrivalled sailing performance. Once dismounted, the boat fits in two bags that can be stowed in the boot of a car and easily stored away.

Since its launch in 2012, the Tiwal 3 immediately attracted the attention of many international buyers. Recently honoured with the Boat of the Year recognition by the American magazine Sailing World, the little dinghy is already sailing around the world: United States, China, Russia, France, Germany, Italy, Austria, Greece, Spain, Switzerland, and as far as Peru. After 3 years of R&D, Marion Excoffon can be proud of the beginnings of her small inflatable sailing boat. With 85% of the production sold overseas, the little dinghy is rapidly gliding ahead in
the sailing world. 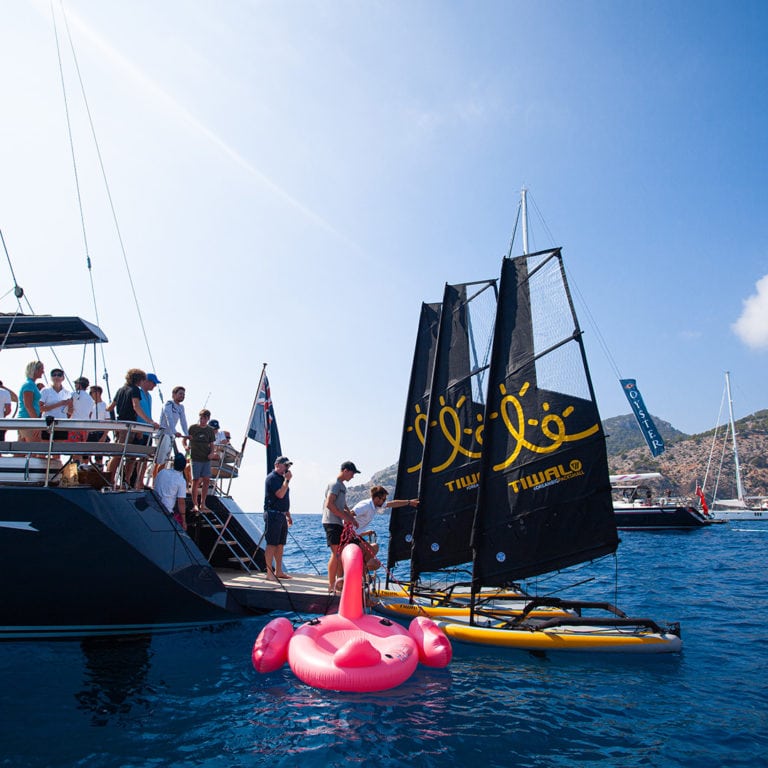